“Victory of Light over Darkness, and Knowledge over Ignorance”

Diwali is a five-day festival of lights, celebrated by millions of Hindus, Sikhs and Jains across the world. The festival coincides with the Hindu New Year that celebrates the triumph of good over evil and light over darkness. via [VIDEO] Diwali: A Row of Lights | TIME. 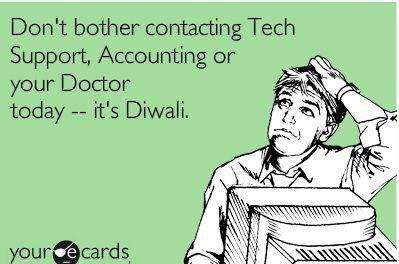 In 2009, President Obama became the first U.S. president to celebrate the festival of lights, a time of rejoicing for many in the Asian American and Pacific Islander (AAPI) community and across the world.

transcript of the President’s video message:

As America’s 1.8 million Hindus celebrate Diwali, also known as Deepavali, this week, many are taking advantage of the holiday’s popularity to not only teach others about their faith, but to take a deeper dive into it themselves. The five-day festival, which aligns with the Hindu New Year and is mainly celebrated on its third day — Thursday in the United States — is generally viewed as marking the triumph of light over darkness and good over evil. via How Hindu-Americans Are Using Diwali To Teach About The Faith.

This site uses Akismet to reduce spam. Learn how your comment data is processed.